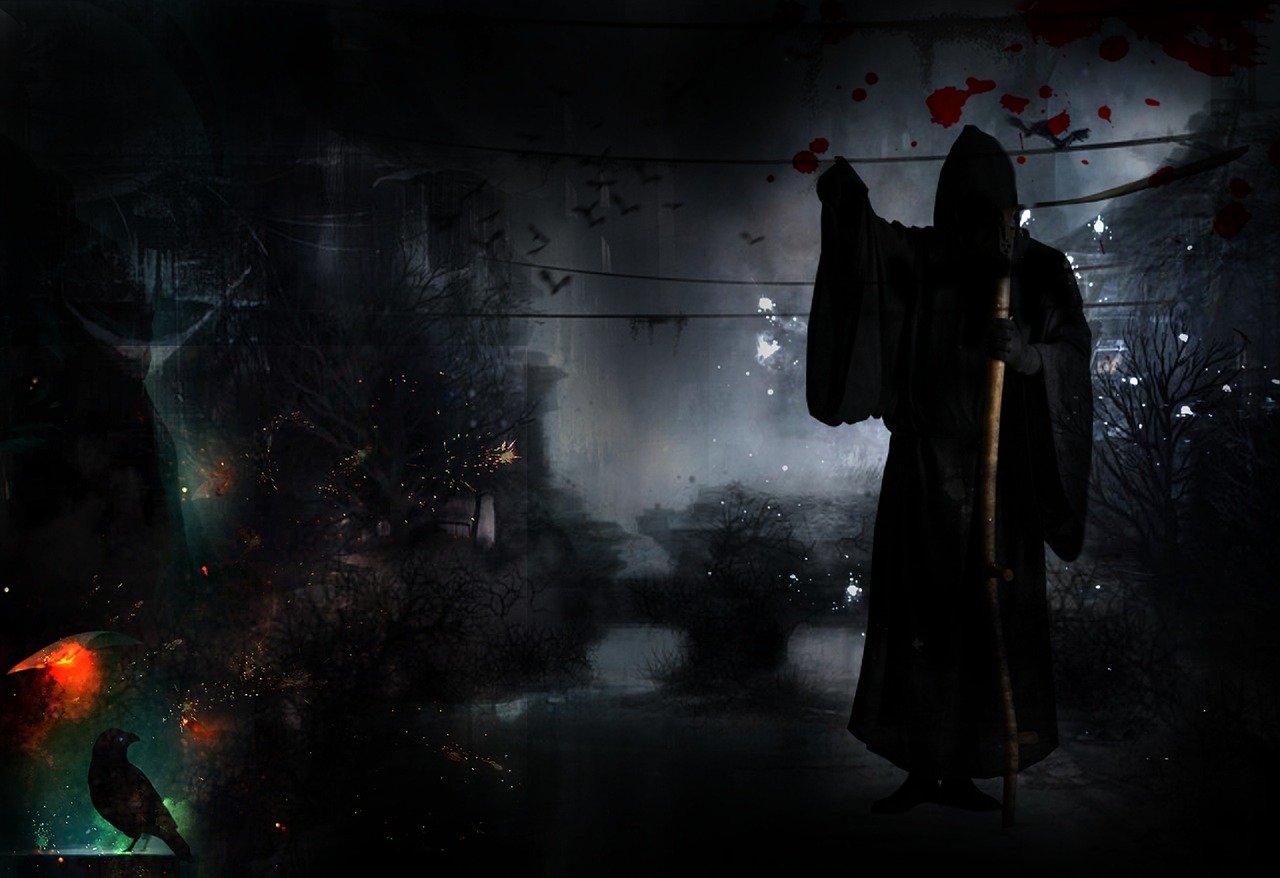 When I was at theological college I was subjected to the necessary but torturous experience of learning New Testament Greek. The text we used was written by a scholar named John Wenham. A conservative Evangelical, Wenham wrote a highly influential defence of the Bible’s inspiration, among other things. Yet he also doubted the reality of hell. In his autobiography he wrote

I believe that endless torment is a hideous and unscriptural doctrine which has been a terrible burden on the mind of the church for many centuries and a terrible blot on her presentation of the gospel.  I should indeed be happy if, before I die, I could help in sweeping it away.

Wenham believed the bible taught conditional immortality. The argument runs like this: early in Christian history theologians borrowed from Greek philosophies the idea that human beings possess an immortal soul. Biblical teaching about the future was passed through this filter. If our soul cannot die then there are only two possibilities: we either spend eternity with God in heaven or eternity suffering in hell.

Yet Wenham and others argued the Bible teaches that God alone is innately immortal, and nowhere suggests this to be true of the human soul. When we remove the unbiblical immortality filter we read Scripture differently. Take the images Jesus uses for judgement. He speaks, for example,  of weeds being thrown into a furnace. This image is drawn from farming. When a farmer threw weeds into a fire it was to burn them until nothing was left but ash. The image then is not one of eternal suffering in which we remain alive, but one of a person passing out of existence. Similarly, when Jesus speaks of “eternal punishment”  he is not referring to an eternal process but an irreversible outcome.

To Wenham, and many other Evangelical leaders such as John Stott, the traditional doctrine of hell turns God into an unrelenting monster, a divine being who would torment people forever because they fail to love him. Theirs was a God who would judge, and all who had refused to be reconciled to Christ would experience the inevitable outcome – the end of their existence – but not one who would torment for eternity.

In recent years a small group of Evangelicals has gone even further. Rob Bell has raised the hope that in the end God’s love will win over everyone, that all will be saved. Robin Parry argues that all people will be saved. He believes the bible nowhere describes death as the cut-off point for repentance, which means while hell will exist, people will not stay there long but will cry out to God and be saved. Evangelical Universalists demand we take seriously those passages that speak of salvation coming to all people – eg Romans 5:12-21; 1 Corinthians 15:22; Philippians 2:9-10 (cf Romans 10:9-10); Colossians 1:20. In their opinion we fudge the texts to make them fit with our pre-determined views. Above all they see a universe where Christ is finally all in all and sin and its consequences have been reversed by the power of grace and love.

Added to the equation is a new emphasis on restorative justice. Retributionary concepts of justice imagine wrongdoing creates a debt that must be paid and sees justice as the imposition of that debt. Restorative justice sees that justice is complete only when the breaches that wrongdoing created are repaired, and that is primarily relational. A great example was South Africa’s post apartheid Truth and Reconciliation Commission in which those who had committed crimes were able to confess, forcing them to experience the shame of their behaviour, allowing families of the victims to gain some closure, and seeing some remarkable acts of forgiveness. If God’s justice is restorative we will find ourselves moving in the direction of Bell and Parry. If retributive we will find ourselves moving in the direction of Wenham and Stott, or towards the traditional doctrine.

Wenham, Stott, Bell and Parry join a number of Christian scholars through the centuries who have questioned the idea of eternal torment. Yet rather than listening to their arguments they are often shouted down and their commitment to Christ and Scripture questioned. Parry was so concerned about this and the potential loss of support for the ministry he was involved in that he published his book The Evangelical Universalist under the pseudonym Gregory MacDonald.

None of the views held by these writers is novel. They can be found among church theologians throughout the centuries and we shouldn’t be afraid to debate them. Wenham’s objection cannot be avoided. If he is right, the traditional doctrine of hell is a creation of flawed human beings, does not represent the teaching of Scripture, and turns God into a monster who says, “I love you, but if you don’t love me back I’m going to torture you forever”. It is a stain upon our faith that should be washed away.

Dear Scott, thanks, I met you many years ago at a dinner party. Yes, I have heard this position before and I’d love to believe it, but I don’t, because Jesus said [as you well know] many other things about hell in the Gospels. The Greek Philosophy thing is a distraction surely, because the people who wrote the NT were not Greeks, but Jews. Are we really to say Matthew, Mark, Luke and John were so swayed by the Greeks that they got it wrong on what Jesus said about hell, but right about heaven? I’m not a ‘hell’ fan,… Read more »

I’ve just finished reading David Powys’ book, ‘Hell a hard look at a hard question: the fate of the unrighteous in NT thought’. I presume you have, too.
His studies resonate with yours – and mine.
I’m planning on talking through it – and some of the passages he refers to – with our bible study book. Along with your blog!
I’m grateful for your thoughtfulness,
Fiona

Thanks Fiona. Haven’t read Powys’ book but have read an article he wrote. Hope the study group goes well

Hi Scott, I realise this is a very old post but I just came across it and it mirrors the views I’ve held for years. The only sticking point for me is the story of Lazarus and the rich man. It’s the only place where a place of eternal torment is described. What do you make of it?

Hi Rosie, I take it that Jesus is using a common understanding of the afterlife to challenge the notion of who will inherit the kingdom of God. it’s a bit like a preacher who describes two people dying and going to the pearly gates. St Peter asks them why they should be let into heaven, and one insists he’s been a good person all his life while the other intensities made many mistakes but his friend named Jesus has promised him entry… and so on. When the preacher does this he is not trying to describe the architecture of heaven,… Read more »

My name is Alan Finch. JESUS became my Lord and Saviour in April of 1976. In John 12:32, JESUS clearly states that He is going to draw ALL people to Himself! Not a portion of mankind, but ALL of mankind. In John 6:44, JESUS clearly states that nobody can come to Him, except the Father draws that person to Him. If you are a true Christian, you only became a Christian as the result of the God’s Spirit drawing you to JESUS. DON’T KID YOURSELF, YOU ONLY CAME TO JESUS BECAUSE GOD’S SPIRIT DREW YOU TO JESUS! In the present,… Read more »