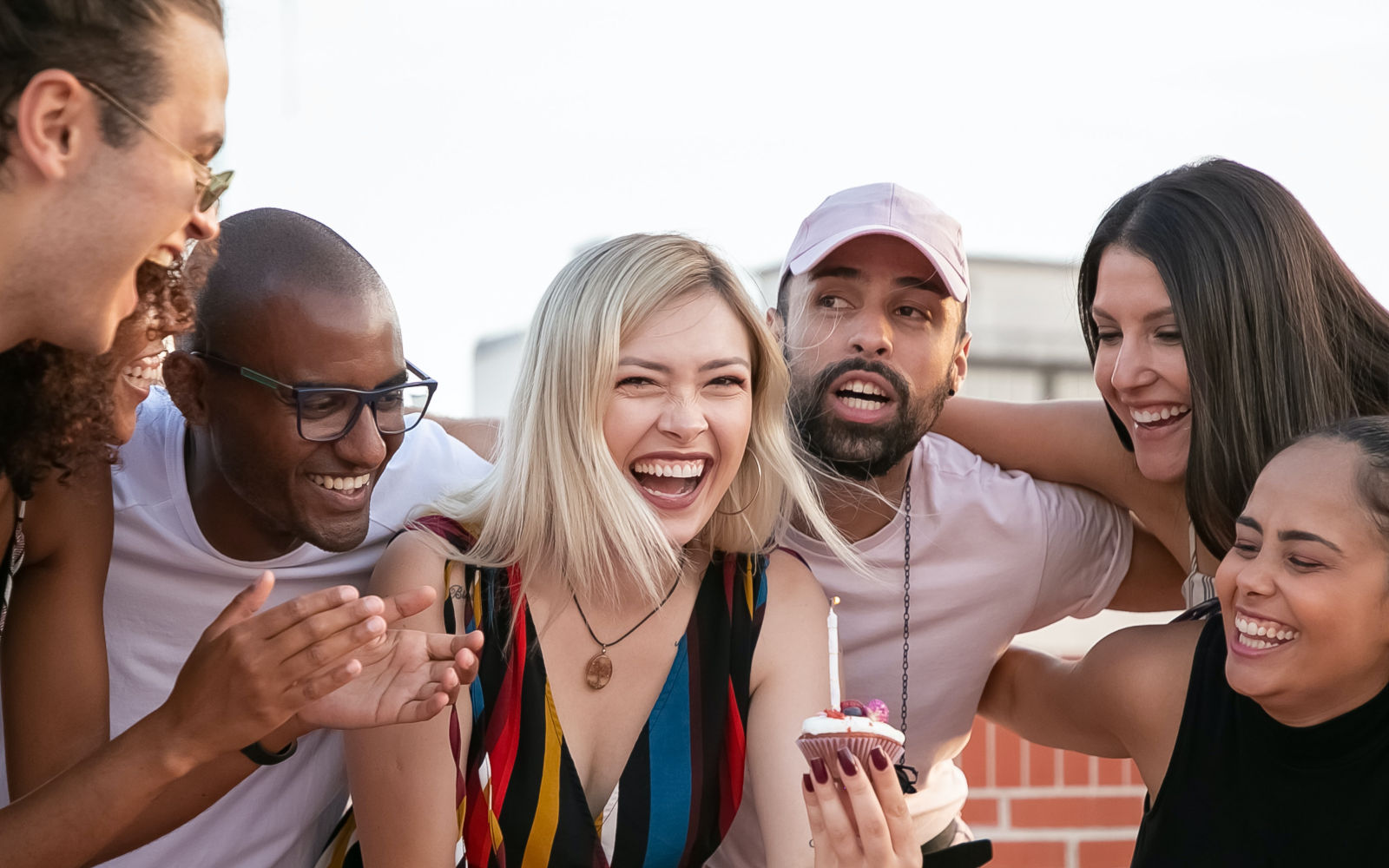 We have lived through an extraordinary 18 months. In my wildest dreams I never imagined a time when our borders would be shut, our cities emptied of workers, our children shut out of schools. We have endured grief and anguish, the wilting of dreams, the pains of separation. There have been too many funerals without mourners, too many weddings without guests, too many homes without visitors.

Our lives have been held captive to a virus.

And now freedom is so close we can almost smell it, touch it, grasp it. The development of multiple vaccines in timeframes measured in months rather than decades is an astonishing feat. Very soon Australia will reach that threshold of shared vaccination that will allow the resumption of more humane ways of life.

We therefore find ourselves in the middle of a massive effort to get people vaccinated as quickly as possible. This has not been without its controversies. The disneyesque unanimity of purpose and policy that the “National Cabinet” worked so hard to project in the first months of the pandemic was always going to fracture under the weight of contested policies and interests. One of the most piercing criticisms has been that the Federal Government was too slow in securing vaccines for Australia, thus unnecessarily delaying the vaccine rollout.

Taking a step back however, I cannot help but feel a level of shame at my expectation that our government should not only secure the vaccines we need but secure them now. However slow off the mark the Morrison Government may have been, the unvarnished truth is that Australia, along with the world’s other rich nations, has bought our way to the front of the global vaccination queue and secured rights to way more doses than we need, leaving the world’s lower income countries far short of what they need.

Early in the pandemic leaders from nations across the world recognised the need to develop vaccines quickly and once available ensure that they were distributed equitably.

To facilitate this the COVAX partnership was developed. This allowed all countries to make investments in the development of vaccines and provided a mechanism for their equitable distribution. Yet 18 months into the pandemic the global distribution has been anything but equitable. Global bodies have been raising the alarm about this for some time. In June, the International Monetary Fund noted that:

“A two-track pandemic is developing, with richer countries having access and poorer ones being left behind.”

Just yesterday the COVAX alliance spelled out very clearly why this was occurring:

“In the critical months during which COVAX was created, signed on participants, pooled demand, and raised enough money to make advance purchases of vaccines, much of the early global supply had already been bought by wealthy nations.”

The world’s poorest are missing out because the rich kids (that includes Australia) have used their wealth and power to place themselves at the head of the queue. Rich nations have formed contracts with pharmaceutical companies that ensure they are first in line to receive vaccines as they are produced.

Not only have rich nations locked in priority for themselves, they have locked in supply of vastly greater quantities than they need. Canada has contracts that will see it receive enough courses to vaccinate its entire population 4 times over. Italy, New Zealand and Australia have locked in supplies that could vaccinate their populations more than three times over. The only OECD country that has not locked in at least double the quantity required is Denmark. Meanwhile 56 nations, including almost all the world’s lowest income nations, have been unable to lock in even half of what they need to vaccinate their people once.

COVAX will accomplish something astonishing. It is highly likely that by the end of 2023 every country on earth will have vaccinated the majority of its population against a virus that emerged only 3.5 years earlier. Yet rich countries will get there much earlier than the world’s poorest nations. The world’s poorest have fewer resources to combat the virus and will endure its disruptions and devastations for much longer. That the vaccination rollout might have been done equitably has proven a forlorn hope, an unworkable idealism in an international order in which every nation pursues its own interests and in which bonds of familial affection and shared national identity have a stronger claim on our moral sensibilities than our shared humanity. It is a chastening reminder that the great vaccination gulf is not between Australia and other wealthy nations but between the world’s wealthy nations and its poorest.

“No one is safe until everyone is safe” has become the mantra of the COVID-19 pandemic, with good reason. Unmitigated transmission means rampant viral replication, which in turn means infinite opportunities for the emergence of new, more transmissible variants that could escape natural or vaccine-induced immunity. A perverse social experiment would be to allow the virus to continue ripping through low-income and lower-middle-income countries (LMICs), where people tend to live in close proximity and infection prevention strategies are difficult to implement because much of the populations rely on hand-to-mouth income (India being a case-in-point), while seeing how quickly HICs can redesign vaccines to counter yet another variant that has emerged from LMICs…

I long for the day we can once again share meals with our friends, celebrate passages of life with our families, and revel in the atmosphere of a stadium full of die-hard fans cheering their sports teams. But when I do, I hope that I will not only be filled with gratitude for the gift of vaccination, but that there remains a twinge of shame that should be felt by those who know how we got here. And I make this promise to myself, that I will not forget those who we pushed aside in order to jump to the head of the queue, who will wait up to 2 years longer than I to access vaccines. The Nepali parent who has lost a child to the virus; the Somali small business owner who has been plunged into poverty thanks to an economy ruined deeper and longer than mine; the isolated for whom separation from those they love has not yet ended. It is an awful thing that we have pushed them to the back of the queue and hoarded oversupply of the vaccines they need. It would be unforgivable to abandon them.

Many thanks for this thought provoking article

SCOTT YOU ARE MAGICAL WITH WORDS
And blessed with wisdom.
Great to have you back
You and your family stay safe.
For Brett

Thanks Brett. Wonderful to hear from you. Hope you and yours are well.

A timely reminder of those who are not blessed with the material riches that we enjoy. Here is a site that might help people to respond https://gogiveone.org

Thanks Scott for bringing this to our attention. We now need to galvanise support for the poorest of our world.

Thanks Gabriel. See the comment above from David Holford and the link it contains.

Scott, The whole issue you raise is correct just like the approach to climate change ie the well off looking after themselves . We do not hear anything about what Australia has done for the pacific islands eg Fiji where we have supplied equipment and vaccines It is the only one I know of

Thanks John. Australia has made some good commitments to supporting vaccination in the Pacific. Micah Australia helped coordiante a successful advocacy caapaign focussing on this not too long ago.

Agree with your sentiment and thankful I live in Australia. I understand some of our vaccination supplies are going to neighbouring countries & Pacific islands.

Thanks for the comment Ross. We have made good commitments to the Pacific region. Dwetails can be found here: https://www.health.gov.au/initiatives-and-programs/covid-19-vaccines/covid-19-vaccine-government-response/australias-vaccine-agreements

Well said, and it’s clearly in our interests for the whole world to be vaxed, not just some countries. The only other option, perish the thought, those too poor to get vaccinated are treated like lepers of old? (Well, isn’t that slightly akin to state v state tribalism we see a little of. Not saying we don’t need protective measures, just sometimes seems to err to the side of making political mileage out of good numbers if we have them)

Thanks Scott. It is good to have the perspective this brings.

I spoke with a friend in Thailand who can see the world’s largest Astra Zeneca factory from his home. The vaccines are all exported.

I made an appointment to speak with someone in Cambodia. They were fine. They died before we talked 5 days later. The CoVid ‘hospital’ is a massive shed where people are ‘contained’ and sleep on a dirt floor on a sheet. Not a respirator in sight.

Thanks, Scott. Keep prodding our Jesus sense of justice for all, particularly the poor when faced with a lax of access to vaccinations.

Well put, Scott! Sadly, this inequity was telegraphed early, and the Micah-coordinated campaign “End Covid For All” was so important to get the Federal government thinking and acting with some responsibility beyond our borders.
And…I look forward to catching up for a meal soon!

Thanks Scott. A blessing to receive your wisdom again – I’ve missed you on Twitter.
This was good timing. Now double-vaccinated, I responded to the same galling statistics last week with a donation to UNICEF, who already do a master job of vaccinating the world’s children.

This piece and this discussion reminds me of someone who said years ago “the first will be last and the last will be first”… I wonder if we, by rushing in ahead of the poor in the vaccine rush, will later be shown to be worse off in the long run? Time will tell I guess. It’s interesting that in India say, where immunisation rates are very low, natural immunity is proving very promising, and India seems to have some natural advantages we in the rich west do not…they also are very focussed on rapid treatment of covid, while we… Read more »