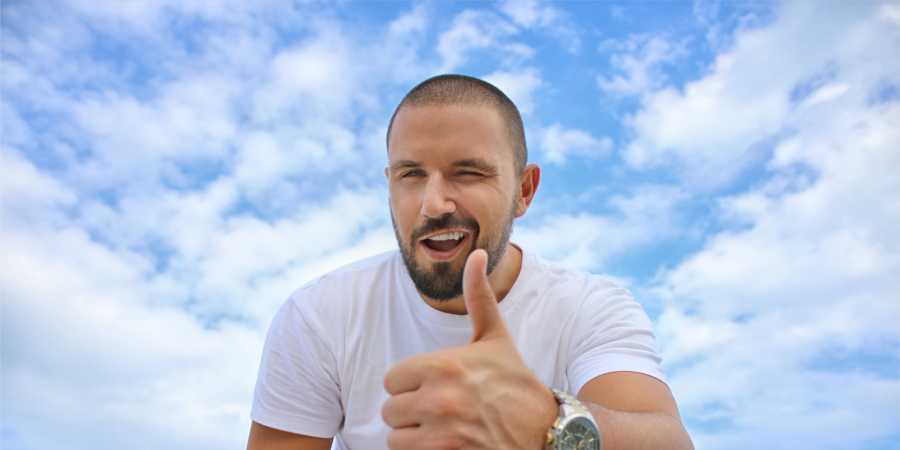 There was a great article about Tim Winton in the Sydney Morning Herald’s Good Weekend magazine recently.  Winton was just 5 years old when his  father was badly injured in a motor vehicle accident. After he came home from hospital Winton’s father required many weeks of intensive assistance  and emotional support. Tim’s mother, who suddenly became the family breadwinner, as well as trying to look after four children under the age of five and care for her husband, was struggling to cope.   One day a stranger showed up at the door and announced that he was there to help.  For the next few weeks Len Thomas spent time almost every day  at the Winton home caring for Tim’s father.  He was from a local church and had heard that the family was struggling to manage, and was  in Winton’s own words “an act of grace” to the family.

Len Thomas had a huge impact on Tim Winton

Len showed me that there is another way of being a man, that you didn’t have to get a double century at the MCG or mow down a machine-gun post and get a Victoria Cross. You could be just decent and gentle and kind. For me, that was incredibly revelatory.

I too have been fortunate to have  had men,  not least my father, who have shown  me that “a real man”  can be strong without being aggressive,  gentle rather than violent, and love his family, his friends and his world.

It took me some time to learn that a man could also be vulnerable  and express tender emotion.    I tended to live in my head, and many years back a friend, who lived very much in his emotions, gave me a copy of Manhood by Steve Biddulph. I thought it was a stupid gift, but my friend was the wiser of us.  As I read through the book  much of what Steve Biddulph had to say resonated deeply with me.   I’m not quite sure how it all worked but inbetween contemplating Steve Biddulph’s work and having children I’ve  become something of a weeping willow.

Yet as I think about masculinity I’m reluctant to define it.  My sense of self was formed in between the generations that  understood masculinity and femininity to be the product of our sexual biology,  and therefore fixed, and the current generation who understand masculinity and femininity as entirely socialised and therefore a matter of choice.  I suspect that there are both socialised and biological influences on many of our behaviours, but that where biology is important the variation is not strongly aligned to sexual biology.  Indeed, I struggle to think of one character trait typically identified as “masculine” or “feminine” that is not found in individuals of all sexes.

It is tempting to replace the biological essentialism of the past with a theological essentialism. This is particularly strong in Reformed Evangelical circles,  where pastor-theologians  such as John Piper insist that the Bible teaches men are to be initiators  and leaders and women are to be supporters and followers.  On their reckoning the key to being a man or woman of God is not simply to be Christlike but to manifest Christlikeness in gender-particular ways.  I have blogged extensively about the interpretation and application of the Biblical texts over the last couple of years. Needless to say, I don’t accept their arguments.

My starting point for who and how I am in the world is not my sex or gender  but my humanity.  In the biblical account of creation men and women alike were created  in the image of God,  and together commissioned to multiply and fill the earth and rule and subdue it  (Genesis 1:26-28). It is our shared humanity that defines who we are and how we are in the world, not our sexual differentiation.

Jesus appeared on earth as one who was the complete and perfect image of God. He did not present himself as a model  of masculinity, nor do any of the biblical writers.  Rather he’s the model of perfect humanity: compassionate, kind, generous, good, just. He is gentle with the vulnerable, lashes the oppressive elites, and is patient with his disciples.  These are neither masculine nor feminine traits. They are simply human.

Thank you for presenting it so simply and persuasively. I believe that if we concentrated far more on being the best humans we can be (like Jesus), and much less on fretting over gender-dictated ‘roles’, life would be much better for all of us.

“humanity: compassionate, kind, generous, good, just. He is gentle with the vulnerable, lashes the oppressive elites, and is patient with his disciples. These are neither masculine nor feminine traits. They are simply human.”
And Jesus was not silent in church, did preach and lead mixed gender groups, prophesy …
Like Jesus, my identity is in the “I am” rather than “I am woman”.