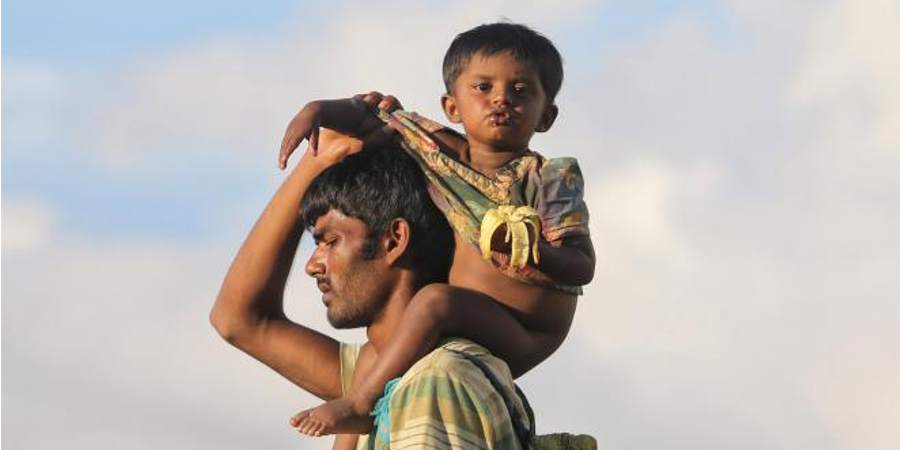 The flight of refugees from Burma highlights just how inhumane our refugee policy has become. More than 647,000 Rohingya have fled Burma since the end of August last year,  making it the largest refugee crisis of our region and one of the largest in the world.

The UNHCR web  page on the Rohingya crisis says

The situation remains precarious as refugees continue to arrive every day. Many refugees tell horrific stories of extreme violence, several showing wounds and trauma inflicted before their flight. As more refugees arrive every day there is an acute need for emergency shelters, blankets and other forms of aid. To lessen the risk of waterborne and airborne diseases, refugees and host communities urgently need more clean water, health care and other supplies. Pregnant women, young children and the elderly are especially vulnerable

The Rohingya have been described as the most unwanted people on earth. Boats and rafts filled with Rohingya have been pushed out to sea by governments of nations around Burma. Almost all now flee to Bangladesh where there are historic ties.

The sheer scale of people leaving makes it an emergency, and it is one that is firmly planted in Australia’s backyard.  Back in the days before we decided to exempt ourselves from the most fundamental provision of the Refugee Convention, that people should be free to seek asylum wherever they can, we might have expected boats with Rohingya to have made their way to Australia. It would have generated great angst but it also would have meant Australia would have provided them with protection. Now that we have turned our back on asylum seekers Bangladesh  is shouldering the burden on its own.

When our government decided to stop the boats from coming it left us with a moral obligation to make sure that we used our resettlement program to ensure Australia was bearing its fair share of the global burden of protection. Yet the number  of people who come to Australia via our special humanitarian program is a mere 16500 per year.  The figure needs to be at least double that before we can say that we are doing our fair share.

And surely when there is a crisis of the scale of the Rohingya fleeing Burma there is a need to implement additional extraordinary measures, such as the response we made to the Syria crisis where we took 12,000 refugees over and above the regular humanitarian intake. This is even more the case given the Rohingya crisis is occurring in our own part of the world.

Australia receives around 2000 Burmese refugees and special humanitarian entrants each year, but it’s simply not enough. I have no objection to the Minister for Home affairs expressing concern for white South African farmers. I just wish the same concern would be afforded the victims of the greatest refugee crisis of our region..