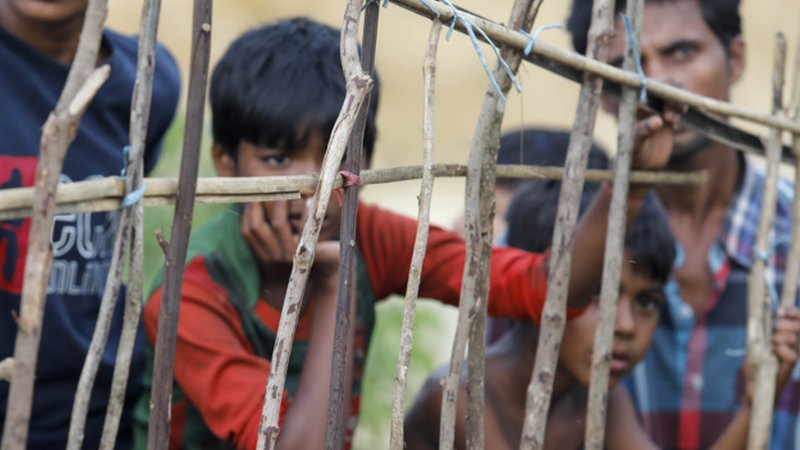 They have been described as “the most persecuted people on earth”  and they are now the subjects of the world’s fastest-growing humanitarian crisis.

The Rohingya are  a stateless ethnic minority who live in the Rakhine, an area on the western side of Myanmar. They are the people no-one wants. Although the Rohingya have been present in Myanmar since the 12th century, the government of Myanmar does not recognise them. It argues that the Rohingya were part of the waves of migration from India when both Myanmar and India were under British colonial rule, that this migration was illegal, and that consequently the Rohingya are illegally present foreigners. This has seen their movements restricted, their access to government services denied, their rights under the law unrecognised, and their people brutalised by the military.

In August the military began reprisals after a Rohingya resistance group attacked a police station. Journalists are not permitted to enter the Rakhine, so there is no independent reporting of what occurred. What we do know is that the reprisals were so severe that in the space of just 3 months 615,000 of the million or so Rohingya living in Myanmar have fled. Most have made their way to Bangladesh, trekking through the jungle for days or taking a perilous journey across the Bay of Bengal on a flimsy raft. They arrive with harrowing stories of military personnel burning their houses to the ground, gang-raping girls and women, and shooting people.

The Rohingya who arrive in Bangladesh are mostly living in large makeshift settlements. Infrastructure is grossly inadequate, services are almost non-existent and the Bangladeshi government has made it clear that they will offer only temporary respite. They expect the Rohingya to return to Myanmar.

The only upside to this tragedy is that world attention is being focussed on the Rohingya. Let us hope and pray that change will come..You can also make a donation to one of the aid agencies working to provide support to the Rohingya refugees.  I recommend Baptist World Aid Australia.