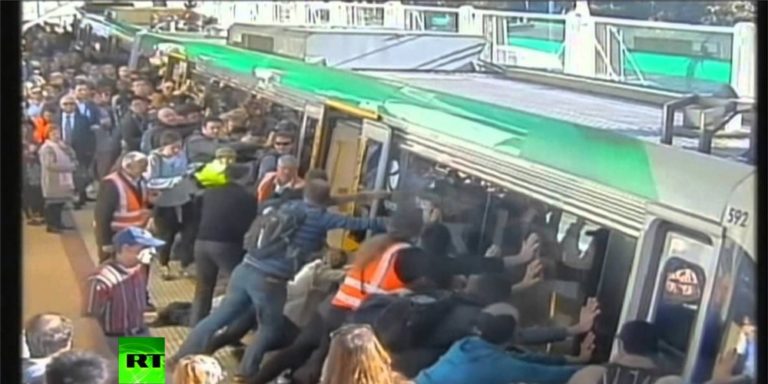 Do you remember that amazing scene in Perth in 2014 when a commuter fell into the gap between a train and the station platform?  The commuter was stuck, and then something incredible happened. Hundreds of people put their shoulders against the train, took up the strain, and pushed. They managed to shift the train just enough for the trapped commuter to  get free.

It was an exhibition of our ability to meet challenges when we work together, each playing our part in delivering a solution. Look at any of the great societal advances of history and you won’t see a person of heroic qualities doing it all while the rest of us watch from the sideline. You’ll see a growing number of people taking up the cause until a tipping point is reached and change  is possible. It seems to me that this is the answer to the global refugee crisis.

2.3 million people became refugees in 2016, swelling the global refugee population above 22 million for the first time in two decades. They fled madmen, power hungry dictators, and religious fundamentalists wielding the instruments of terror. They looked to the international community for protection and we slammed the door in their face, simply refusing to cooperate in finding protection solutions for them.

A refugee only has three options to build a future:

In 2016 only 750,000 or 3.4% of refugees were able to avail themselves of one of these solutions, but this was nowhere near sufficient to keep global refugee number stable let alone reduce them. And every year the international community fails to make solutions available, the number of refugees will likely continue to increase. 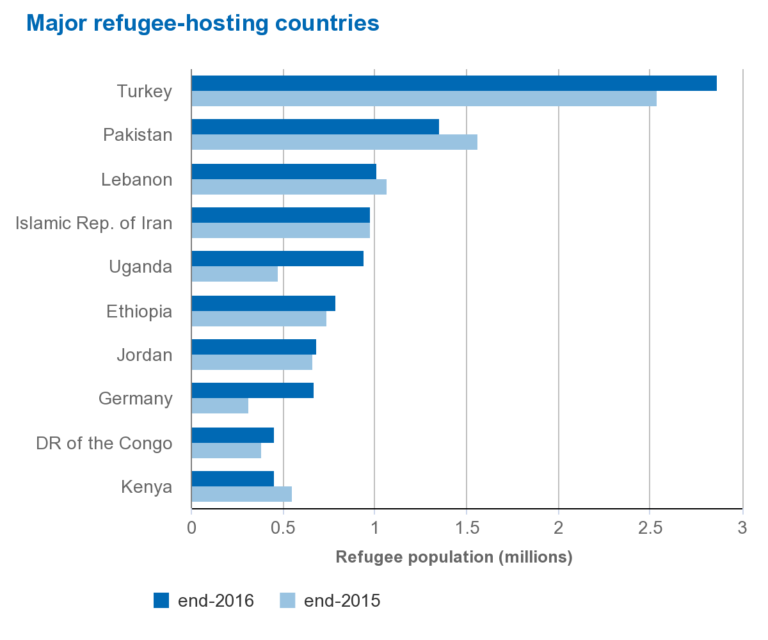 The heavy lifting is being done by the developing and newly industrialised states of the middle East and Africa. Australia, along with a number of other industrialised nations, is not  pulling its weight. If we were to apply the image of the trapped commuter we’d see a group of people of Middle Eastern appearance, a group of Africans, and a smattering of Germans with their shoulders against the train heaving with all their might, but unsuccessfully. They turn around and plead for help, but you and I are sitting on the platform  drinking coffee and reading papers and we really don’t want to get involved.  We feel a bit guilty doing nothing, so we send a couple of the kids over to help but quite frankly it’s just not our problem.

We are ranked second on the UN Human Development Index, have the second highest per capita wealth in the world, and have 2.8% of the world’s wealth.  If we were pulling our weight we’d assume responsibility  to  find solutions for at least 2.8%  of the world’s refugees.  But we don’t. We leave that to the Pakistanis, the Turks, the Iranians, the Lebanese, the Jordanians and the Africans.

The only industrialised nation pulling its weight is Germany.

It’s refugee week this week. Perhaps it’s time to stop with the myths we have created to justify our miserly approach and resolve to do our fair share. No more. No less. Just our fair share.  Yes resolving a crisis of this magnitude presents challenges. Yes it will cost us something (but not nearly as much as we think). But you and I both know that crises aren’t solved by superheroes while the rest of the stand back and watch their amazing feats. Crises are resolved when we all get together and each do our bit.