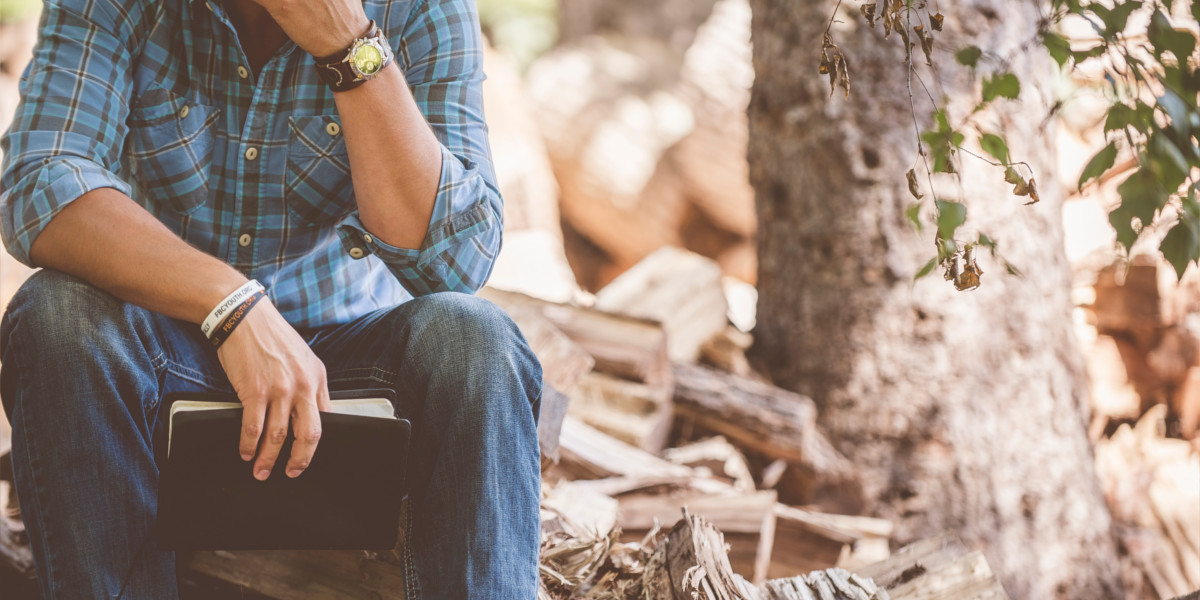 For much of the history of the church the practise of slavery went unchallenged. It’s not difficult to see why. Slavery was a longstanding feature of human society that was rarely questioned by those who were free. In the sixth century BC the philosopher Aristotle argued that slavery was a dictate of nature, that some human beings were by nature given to be ruled while others were by nature given to rule (Politics 1.1).

The Hebrew bible read by Christians and Jews celebrated the liberation of Israel from slavery in Egypt, but did not conclude that slavery was an evil from which all people should be liberated. It was assumed that Israelite households would include slaves (eg Exodus 20:10,17; Deuteronomy 12:12,18;  16:11) and, while no Israelite was to be subjected to slavery,  the Israelites were permitted to take slaves from among the foreigners living in their land and from other nations (Leviticus 25:39-46). Alongside the declaration that

I am the Lord your God who brought you out of the land of Egypt, to be their slaves no more; I have broken the bars of your yoke and made you walk erect.

As for the male and female slaves whom you may have, it is from the nations around you that you may acquire male and female slaves. You may also acquire them from among the aliens residing with you, and from their families that are with you, who have been born in your land; and they may be your property. You may keep them as a possession for your children after you, for them to inherit as property. These you may treat as slaves, but as for your fellow Israelites, no one shall rule over the other with harshness.

Slaves taken from foreign nations were considered the property of their owner and could be bought and sold. They were incorporated into the covenant with God as members of their master’s household, and so were to eat the fruit of the land, enjoy rest on the sabbath, and participate in Israel’s festivals (eg Exodus 20:8-11,17; 21:1-27) but they never ceased to be the property of another.

The New Testament letters recognised that slave and free were included in Christ (Galatians 3:26-28). For Paul this enabled a slave to reframe his/her thinking, to see that whatever his/her status in Greco-Roman society, his/her status in Christ was very different (1 Corinthians 7:17-24). Slaves should gain freedom if the opportunity arose (1 Corinthians 7:17-24), yet there was no expectation that Christian masters would free their slaves. Paul sent the runaway slave Onesimus back to his master Philemon (Philemon ) and in a number of NT letters the proper relationship between slave and master – in which slaves were obedient and masters kind – appears as a staple of instruction to households (eg Ephesians 5:21-6:9; Colossians 3:18-25), to which slaves were to remain true even when treated badly (1 Peter 2:18-24).

It is not surprising then that throughout the church’s history there was little objection to slavery. Prior to the US Civil war evangelicals in both the North and South routinely defended slavery (Mark Noll, The Civil War as a Theological  Crisis, University of North Carolina Press, 2006). This did not mean they supported every expression of slavery. Some US evangelicals opposed the international slave trade, in which free people were kidnapped, transported to another country and sold as slaves, yet passionately defended the American system of trading people who were already slaves and their children. It was common to argue that America’s slaves were the descendants of Noah’s son Ham, who were cursed with slavery in Genesis 9.

In addition to the “biblical mandate”, Christians argued that slavery could be seen as a benefit to slaves (the Editors, “Why did so many Christians support slavery?”, Christian History, Issue 33, 2002). Slaves, it was argued, were provided with far greater security of access to food, shelter and community than they would be if they joined the ranks of poorly paid labourers with insecure employment. And slaves were exposed to the Christian gospel and the opportunity to find eternal salvation.

Bishop Stephen Elliott for example, warned that critics of slavery were

“checking and impeding a work which is manifestly Providential. For nearly a hundred years the English and American Churches have been striving to civilize and Christianize Western Africa, and with what result? Around Sierra Leone, and in the neighborhood of Cape Palmas, a few natives have been made Christians, and some nations have been partially civilized; but what a small number in comparison with the thousands, nay, I may say millions, who have learned the way to Heaven and who have been made to know their Savior through the means of African slavery! At this very moment there are from three to four millions of Africans, educating for earth and for Heaven in the so vilified Southern States—learning the very best lessons for a semi-barbarous people—lessons of self-control, of obedience, of perseverance, of adaptation of means to ends; learning, above all, where their weakness lies, and how they may acquire strength for the battle of life. These considerations satisfy me with their condition, and assure me that it is the best relation they can, for the present, be made to occupy.

Yet despite this, the abolitionist argument won the day. It did not do so because it could demonstrate superior exegetical argument, but because the growing recognition of individual civil and human rights was becoming a fundamental assumption of western civilisation. Once it was accepted that “all men are created equal, that they are endowed by their Creator with certain unalienable Rights, that among these are Life, Liberty and the pursuit of Happiness” it was only a matter of time until “all men” came to be seen not only as white men, but all men and women, and that this would make readings of the Bible that subordinated one group of people to another untenable.

In the century prior to the US civil war evangelicalism had spread as growing literacy and cheap forms of printing allowed people to own a bible and read it for themselves. They were encouraged to accept “the plain and simple” reading, which was soon equated with what “common sense” told the farmer sitting at his table with the Bible open before him. For some time that meant embracing the simple affirmation of slavery over against clever sophists who appealed to the grand themes of Scripture.

Historically however, the notion of a “simple and plain” reading was developed as a counter to allegorical readings, in which the text of Scripture could be assigned almost any meaning. It was never intended to mean an ahistorical reading nor a simplistic reading. It was never intended to mean that every text was to be taken as a direct word from God to the believer with the Bible open on the kitchen table and who would read a verse, assume it was God’s word to them and dismiss objections with the pious declaration that “God says it. I believe it. That’s good enough for me”.

The engagement with slavery taught us that biblical texts are historically conditioned, that practical guidance issued to ancient Israel and the early churches on how to manage their households and other dimensions of their lives should not be read as universal principles to be applied across space and time, but were part of working out how to live with grace, love, kindness, compassion and generosity in the midst of the messy circumstances of their time and place.

To hear God’s word to us we need to do precisely as the abolitionists did, to listen for the grand themes of Scripture, and allow these to shape the direction of our ethics, recognising that at times this will mean championing things that contradict some of the time bound guidance offered in the biblical documents.  This does not represent a step away from the Scriptures but a faithful and thoughtful engagement with them.

This message is particularly resonant in view of the saga surrounding Israel Folau and his freedom to quote the bible in public. Sure, Israel should be free to say whatever he feels is a faithful expression of his faith, but this should not be mistaken with the assumption that by quoting bible texts in public we are articulating the word of the Lord.

Thanks Scott!
The difficulty, of course, is: whom do you trust to teach you “the grand themes of scripture”? Especially when you can read the verse from a kitchen table Bible?

That would require scrupulous honesty, along with wisdom, compassion and reflection in our teachers.

Hi Ralph,
Thanks for the comment. Yes, it does raise the question of how we know the grand themes. I don’t want to disparage reading from the kitchen table but to encourage a thoughtful approach to this.

Wow. Sitting here in England, 40 miles south of London in the beautiful village country of the South Downs National Park, I feel encouraged that there might be a way forward in the Christian life I felt forced to exit so many years ago. I gave up. I wanted to join the enlightened way of European living, needed to leave the narrowness of the American evangelical worldview behind. It suffocated me, and I felt a fraud. I haven’t read your entire blog yet (I will) — but the piece on the public reading of the Bible in light of slavery… Read more »

Hi Dawn,
Thanks for your comment. I think you’ll find there are many of us who have felt suffocated by narrow and fundamentalist versions of Christianity and have either given it away or renegotiated faith to find a new and real sense of God’s presence that allows for doubt, questioning, love, grace and hope. Am happy to keep the conversation going. Feel free to email me (use the contact form in the links above and your email will find me).
Blessings
Scott

This is excellent!! Thank you so much.

Excellent presentation of the symptoms and possible answers to a complex and so often, very ugly discussion. My heart is stressed as I read the Christian response to Israel Folau’s faux pas. I know that he means well, but his way of dealing with his disagreement with other peoples’ life styles is tremendously volatile. It is a microcosm of Westboro Baptist’s hateful ways, which most Christians would eschew, and yet he is opening a way for that very method of dealing with disagreement. Ugh… I really appreciate your deep and well enunciated clarification of the issues to do with slavery… Read more »

as always – a very thoughtful contribution – thank you for all that you offer in the space of public theology..

Well argued Scott and has wide application to many issues on which Christians disagree. Reading the other comments it has certainly struck a very positive note.