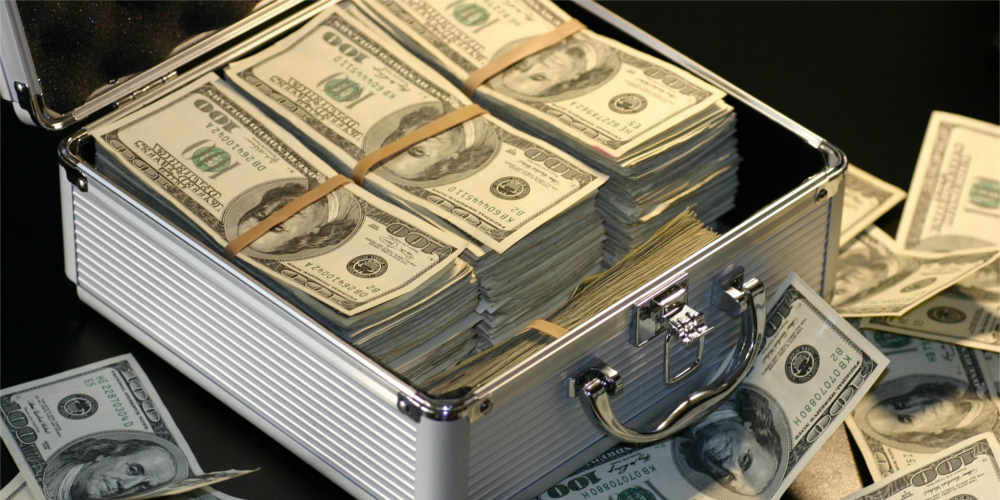 Is anybody else shocked by the revelations coming out of the Royal Commission into Banking and Financial Services?  Our banks and financial service industries are amongst the most profitable organisations in the  world and they handsomely remunerate their staff. Yet it seems that it’s not enough.

I find it extraordinary, because it is economically so unnecessary.

At the time of Jesus people lived within a premodern agrarian economy. Rather than finding ways to increase the productivity of their land, the rich  grew richer by simply appropriating the profits of the poor. Israel’s peasantry experienced a double whammy. Rome demanded tribute, which sent many farmers spiralling into unsustainable debt. When they couldn’t’ repay their debts their wealthy creditors would demand their land, which they would then rent back to the farmer via sharecropping or add it to vast estates that were managed for them and employed the former owners as day labourers.

In this type of economy the way people got rich was literally by taking from someone else. The Old Testament Law tried to create safeguards: loans were to be interest-free; any amount that remained outstanding in a Sabbath year was to be forgiven;  any land that had been forfeited was to be returned in the Jubilee year. Yet human greed proved too weighty. The laws were not followed and the rich continued to gobble up the land of the poor. So incendiary did this become that when the Jewish rebellion erupted in 66CE one of the first things the rebels did was to burn the land records held in the temple.

Against this background I can make sense of Jesus’s fierce denunciations of the rich and his continual insistence that the rich sell what they have and  return it to the poor from whom they had taken it.  Wealth in these type of economies was synonymous with exploitation.

Capitalism was meant to be different. It is built on the idea that the wealth is not fixed but can be grown. For example, if I can find better fertilising methods I can increase my crop yield  without taking anything from my neighbour. Or if instead of everyone engaging in small-scale agriculture, we specialised labour, so that those with a mechanical bent built and repaired our machinery, and those with good carpentry skills specialised in building barns and houses, the same amount of effort would produce greater results than when we were all trying to do a bit of everything.  Wealth can be grown through productivity gains. It doesn’t need to be stolen.

This is what makes the revelations out of  the Royal commission so disturbing.  We know how to build a society in which wealth is growing without stealing from others. But we don’t do it. By historical stands we are fabulously wealthy. Yet it’s never enough. And so we cheat and exploit  to gain more.  And it’s not only those in the banking industry. We hear a continual stream of revelation of people  exploiting others, from the poker machine industry to 7-Eleven to exploitation of migrant workers.

The problem is we are susceptible to greed. Jesus put it this way:

“Do not store up for yourselves treasures on earth, where moths and vermin destroy, and where thieves break in and steal.  But store up for yourselves treasures in heaven, where moths and vermin do not destroy, and where thieves do not break in and steal. For where your treasure is, there your heart will be also…No one can serve two masters. Either you will hate the one and love the other, or you will be devoted to the one and despise the other. You cannot serve both God and money.”

For a long time I read this the wrong way around. I thought Jesus said, “wherever your heart is,  there your treasure will be also.”   That is that whatever we set our heart upon will become that which we treasure.  But that’s not what he said. He said  that wherever our  treasure is, our hearts will follow.  Whatever I spend my life amassing, no matter how much I tell myself I am detached from it,  it will almost certainly capture my heart.  That’s a difficult truth to hear in an age of accumulation.

Is it really any surprise then,  that in a society in which we place so much importance on accumulating wealth  and are so expert at accumulating, that  instead of contentment it all too often creates an irresistible desire to have more, a desire that drives us to  do terrible things such as those that have been exposed recently.  We may have created an economic  system in which exploitation of others is not necessary, but we have yet to create a human heart that  can resist the allure  of gaining more.

Hi dear Scott. I hope you are as well as you can be. Here is my comment-article. Regards Andris THE GREATEST HUMANITARIAN CRISIS SINCE WW2 Andris Heks 20.4.2018 Australia is turning the boats back but what do we do about the prevention of the forcible displacement from their homes of over 65 millions of people all over the world that causes the refugee crisis? Do we not in fact contributing to the crisis, for example, by our refusal to take foreign aid seriously and our paranoid approach to refugees? And what do we do about the dire poverty of whole… Read more »

Thanks for this Andris. I follow Scott’s blog as often as I can. There is no Wi Fi or Internet in the areas of Chin State Burma that I spend a lot of my time volunteering. I often think about writing a comment but never seem to find the right words. So I really appreciate it when someone more articulate than me does.

Good on you Andy. keep up your good volunteering. It will speak more eloquently than words!

Thanks Scott for another spot-on commentary about the state of the nation. It’s an unedifying time to be Australian, that’s for certain.

The NZ PM wears a Maori cloak with pride. Our financial executives – and many others in leadership – should use a cloak to cover their faces in shame.