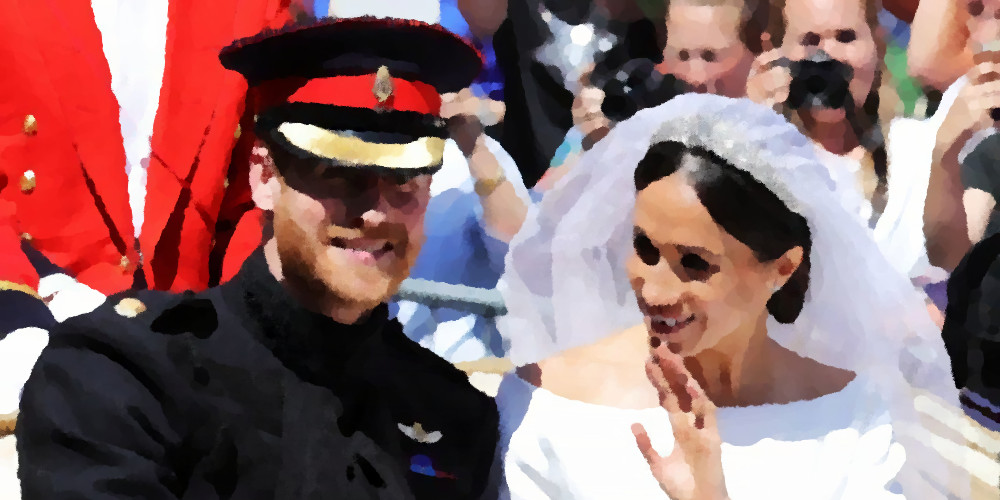 Try as I did to resist, this last week I found myself pulled into the vortex of joy that was the royal wedding. In the leadup I disdainfully dismissed it as the pompous ceremony (and yes I mean pompous ceremony not pomp and ceremony) of an elitist and sexist institution that regarded the church as chaplain to its power… except that what I found was a celebration of love and marriage that captured the hearts and attention of the world and a preacher determined to shape power rather than submit weakly to it.

The British monarchy has long ceased exercising real political power. On this occasion it seemed to do something far more important: it symbolised hope. Few Britons will ever meet Harry, but that does not stop them owning and loving him. They have shared his life, from the day he was born to the young boy who lost his mother in a tragic accident, whose grief was lived out publicly, to the brash adolescent whose misjudgements were reported internationally, into the decent and good man who has owned his calling to serve the community that he now appears to be. And this week they were with him again as he celebrated his marriage to the American actress Meghan Markle and appear ready to adopt her as their own.

The Royals play a role in society unlike any others. In a way no politician, celebrity or other institution can, they can represent the hopes of the people, embody and project back to them everything they want to be. It’s not just that the people love Harry. The British monarchy, when taken into the hearts of the people, becomes a sign that we can be good, noble, kind and generous; that there are traditions, like marriage, that are worth preserving and celebrating; and that there is a possibility for genuine nobility of being (even if not of birth).

Observing from a distance, it seemed that for a long time this was centred on the Queen Mother. Some of her grandchildren may have behaved like right royal shits but she enjoyed almost saint-like status. Since her death the Queen assumed the saint-like mantle (we Aussies may not like the idea of the monarchy but we all admire the Queen), which the British (and I dare say Australian) public have also conferred on William and Harry. Sure, it’s grounded in mythology that will never stand close scrutiny, and it’s ironic that the Royals represent what we can be when we can never be who they are, but isn’t that the nature of all symbols? For the crowds that lined the streets and the millions who watched on TV, the wedding brought them together to hope for the best, to celebrate the good, and to take joy in life. I’m still a passionate republican, but if events like the Royal wedding can help us hope for the best, believe the best, long for the best and strive for the best I will celebrate them too.

What you mean by a republic . It is something that “republicans ” never seem to say It makes talk of a republic look amateur and childish