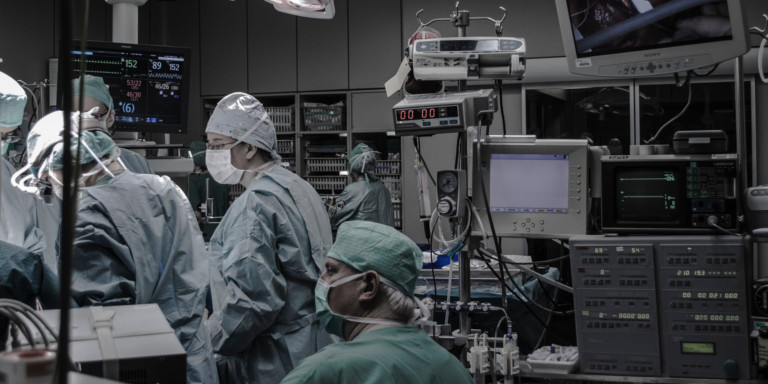 As someone with a degenerative illness for which there is no known cure, I have more than a passing interest in the euthanasia debate. My fear is not a slow and painful death. Parkinsons does not directly kill its victims. Most Parkinsons sufferers die from the complications arising from a fall that has come about because of their unsteadiness or from aspirated pneumonia that occurs because their ability to cough and swallow is impaired.

The challenge I will struggle with is the loss of agency. To date the losses have been significant but not crushing – I no longer take my boat out for a night of fishing; I have given up my drivers license because I am unable to predict when my physical condition will deteriorate and I will be unable to safely control the vehicle; there are points during most days when I cannot do much but lie down and watch some telly (thanks goodness for Netflix and Stan). But most of the day I am either fully or reasonably functional. Over time this will change. The disease will eventually progress to the point at which my meds have minimal effect and I will be dependent to some degree on others to dress me, wash me, toilet me, and feed me. All this I think I can handle.

My one great fear is losing the ability to communicate, of reaching a point where people cannot understand my speech and my fingers are unable to command the keys on a computer keyboard. If I was to reach this state I suspect I might find euthanasia attractive.

Nonetheless, I am opposed to the legalising of euthanasia. A bill before the NSW parliament seeks to allow those who have a terminal illness, less than 12 months to live and are in severe pain, to take their life with the assistance of a doctor. I understand why people want this. It is an awful thing to watch someone you love stripped of their dignity, pain shooting through their body and mind, longing for a death that refuses to come.

My opposition is not grounded in the idea that to take life sees us playing God. We already do this. We give police officers the authority to use deadly force and we send soldiers to fight wars. When we are sick we don’t leave our destiny in the hands of God but take medicines and have surgeries. As those who bear the image of God we are representatives of God on earth and quite rightly assume some of the prerogatives of the divine.

Nor is my opposition grounded in the idea that it is always wrong for a person to take their life. We are to cherish life, but the right to life is not absolute. There are occasions in which we do take life and I don’t see it as problematic extending that principle to the reduction of suffering in terminal patients.

The reason I oppose the legalising of euthanasia is that it introduces terrible emotional complexities for both the sufferer and their loved ones.

his experience is that patients experience “the ebb and flow of feelings” and that “people change their mind”.

“A day of anguish may be followed by a day of calm.”

“To proceed with physician assisted suicide or euthanasia in a period of despair ignores this ebb and flow”.

“majority of people who have the desire to die” are depressed, feel they are a burden to others or are unsupported.

“When those people are managed appropriately and are … sent to the right services … particularly palliative care and mental health services, that desire to die changes dramatically,” he said.

I think of myself at the stage where I cannot communicate and am emotionally in and out of depression. I may have signed a living will, but how would Sandy know whether it continued to represent my will? Knowing that the mood of patients’ swing, would not asking her to have involvement in a decision to either keep me alive or assist me to die place her in an intolerable position?

Likewise I suspect that legalising euthanasia will place an intolerable burden on the frail. I think it is inevitable that once we cross the moral rubicon of allowing doctors to take life, that the boundaries will expand. I would expect that it wouldn’t be too long until a Parkinsons sufferer like me, who has reached the awfully debilitating stages, would be granted the right to have an assisted death. I project myself forward into that stage and I know that I would do anything to reduce the emotional and financial toll on my family. The love of my wife Sandy is extraordinary and I delight in it. She is an extraordinary human being who will want to love me until my very last breath.   Yet my love for her will  leave me conflicted. Should physician assisted suicide be an option I’m sure I could not avoid the question that perhaps I should avail myself of it in order to release Sandy and my family from  the emotional and financial burden of caring for me.  Yet should I do so,  Sandy would quite rightly feel betrayed and no doubt be left with her own  sense of regret and guilt.

As time passes and euthanasia becomes more common, so will the expectation that a person should end their life when their suffering is great. Before the birth of one of our children, a blood test revealed the likelihood of Downes Syndrome had increased from 1 in 300 to 1 in 99. I was shocked by the response. Our doctor immediately began making arrangements for a termination. Some of those in whom we confided were adamant that a termination was the only reasonable course of action. Sandy’s health was not under threat. There was no suggestion that a child with Downes could not lead a healthy, meaningful and joyful life. The only consideration was that our quality of life might be diminished by having a child with Downes. There may well be well-reasoned arguments for abortion, but they were not in operation in the circumstances we faced.

Similarly, there are well-reasoned arguments for euthanasia. Talk about the issue in relation to a single individual and I have few objections. Euthanasia may well be the moral and compassionate thing to do. But euthanasia occurs in a societal context. Is it not likely that in a culture such as ours, that abhors suffering and has not learned to find its value, that the aged and infirm will feel the weight of expectation that they should end their lives?

Time may yet prove me wrong. I think we should pay close attention to how expectations around euthanasia play out over the coming decades in those societies that have legalized it.

And in the meantime, we do need to do more to relieve the pain of those who are dying. Palliative care doctors argue that way too little is invested in palliative care, with the result that there is much unnecessary suffering. If the New South Wales Parliament doesn’t pass the bill providing for assisted dying, it should pass a bill stepping up investment in palliative care.

Outstanding words Scott. Thanks for reflecting on your own journey so openly.

Thank you for writing and sharing this Scott. Your insight, wisdom and personal reflection is so much appreciated. It is so very important that the things you wrote about be considered and be spoken about.

Thanks Scott, I appreciated your thoughts on this and for sharing your personal journey.

Thanks Scott, I’ve often shared your posts on Facebook or forwarded them to a large group of christian friends – particularly if I thought they needed it!! This one drew me in & I’ve shared it on F/Book in the following way: Euthanasia – yes or no? I’ve always been a bit inclined to the ‘yes’ view. I do not want to pass my last days in agony or trapped in a body that no longer allows me to do anything. Or even, should something like Alzheimers be visited upon me, be facing the long slow descent into a person… Read more »

Hi Jim, thanks for sharing.

As always, Scott, you share so much of youself in your writing. Your wisdom, bravery & compassion are like glorious beacons in this dark world. Thank you.

Brilliant integration of autobiography and theology in service of public ethics. Thanks Scott